Get to Know Your Golf Stats 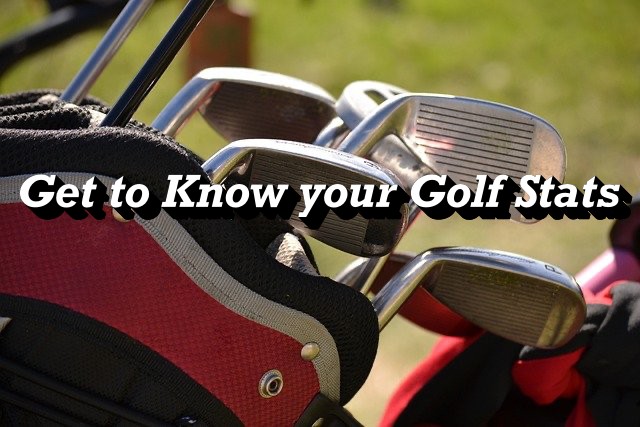 nextCompare your Driving Stats to the Professionals

Get to Know your Golf Stats

This is a series relating to “Play Better Golf”.

Golf is a sport that has been around for a very long time and is enjoyed by many people around the world.
With golf technology improving, we can now analyse our game from Tee to Green.

The most common golf statistics that are recorded are explained below.

Driving Distance
The term driving distance refers to the average distance achieved off the tee on a par 4 or on par 5 holes. The distance only counts when the fairway is it.
If the ball ends up in the rough it does not count against average driving distance.

Fairways in Regulation. (FIR)
FIR or driving accuracy refers to the number of fairways that are hit with your first shot on each hole from the tee on par 4s and 5s. FIR is generally expressed as a percentage.

Putts per Round.
The term putts per round refer to the total number of putts taken whilst on the green. Any putts taken using your putter whilst off the green are not taken into consideration for putts per round.
On all par 3, 4, and 5 the total number of putts should be 2.
Putting Average.
Putting average relates to the number of putts taken against the number of holes played. The target is to achieve a maximum of 2 putts per hole. The Putting average is then calculated by taking the number of putts divided by the number of holes played. For example, if you achieve 32 putts over 18 holes, your putting average is 1.78.
Scrambling.
Scrambling refers to achieving par on a hole when the green is not hit in regulation. For example, on a par 4 if you hit the ball somewhere next to the green and then chip onto the green and sink the putt this would count as a scramble.
Sand Saves.
The term sand save is similar to scrambling. It is the same as scrambling in regards to achieving par when the green is missed in regulation but you need to be in a bunker and play onto the green and sink the putt. You can use this information to identify areas of your game that need improvement.

We use cookies on our website to give you the most relevant experience by remembering your preferences and repeat visits. By clicking “Accept”, you consent to the use of ALL the cookies.
Cookie settingsACCEPT
Manage consent

This website uses cookies to improve your experience while you navigate through the website. Out of these, the cookies that are categorized as necessary are stored on your browser as they are essential for the working of basic functionalities of the website. We also use third-party cookies that help us analyze and understand how you use this website. These cookies will be stored in your browser only with your consent. You also have the option to opt-out of these cookies. But opting out of some of these cookies may affect your browsing experience.
Necessary Always Enabled
Necessary cookies are absolutely essential for the website to function properly. This category only includes cookies that ensures basic functionalities and security features of the website. These cookies do not store any personal information.
SAVE & ACCEPT